As today is the 75th Anniversary of VE Day I thought it might be appropriate to give you a record of my own memories of that occasion.

I was coming towards the end of my first year at Sherborne public school. I was in a 'new boy's' house owned by a Mrs Parry Jones, a formidable character the boys called 'Ma PJ'.
The housemaster was a 'Mr Green' who had a much gentler personality. . He suffered from a permanently swollen cheek caused by an internal growth, and was referred to affeconally as 'Gumboil'.

Here is a word-for-word account taken from a leer to my mother that i sent to her on that occasion.
"Isn't it marvellous ! No more air raids ! NO MORE GERMANY !! WE HAVE WON THE WAR AGAINST GERMANY !!

Aer hearing the King's Speech at 9 o'clock we made a huge bonfire on the front drive. We put some paraffin on it and lit it. It flaired up and the flames went 12. high. Sparks flew everywhere. We put fresh wood on it and danced round the fire. A whole lot of the villagers came halfway up the drive and watched. There were masses of drunk people about, and two drunk Americans wandered up almost to the back door. Ma P.J told them to go, and they said they did not want to, it was too hot. One said he wanted to black the other's eye. Ma P.J. again said "do you mind if you go out" and they eventually meandered off. A lile later another American wandered up, and Gumboil told him to go. The American said "Aw gee, this is a swell fire" and gave Gumboil a hearty slap on the back Gumboil told him to go to where the other villagers were, and the American saluted him and went off. A lile later a drunk Pey Officer came up and said "Whose house is

Later on, the owner of a garage, where there are 2000 gallons of petrol under an asbestos roof, which is next door, demanded that the fire be put out because of the sparks flying over the wall. Ma P.J. said it was all right and that the fire was going down rapidly and she would not put it out. So this man went to the Police Staon. The police rang and threatened to call the Fire Brigade if it was not exnguished. So water was poured on the fire and that was that. But this did not happen ll 11 o'clock, so we had a wizard late evening.

The next day I and two other boys started out on our bikes on a picnic. We had masses of food between us including 3 boles of fizzy lemonade, 12 jam buns, 6 rolls with spam and buer, 4 jam tarts, 3 pieces of cake, some dates. 9 pieces of bread and buer, 2 ns of spam, 1 n of sardines, some salt, 6 leaves of leuce and 3 hard boiled eggs. We had lunch in a lovely field of buercups and had a riotous me. I could hardly stop laughing. We opened a tin of spam. One boy and I had about 1/3rd each and then he offered the rest to the other, whose name is Cleveland. He did not fancy it as we had messed it about with our hands and with a rusty penknife. So the first boy, whose name is Gosheron, forced it into Cleveland's hands. Cleveland threw it away and Gosheron bunged the flabby thing at him. Cleveland then threw it in the ditch. Gosheron sat on a jam bun and then quietly tried to get rid of it, so that quietly disappeared. We knew it was very wicked to be so wasteful but it was V+1 Day and our spirits ran riot.

We had an unsuccessful shot at birds-nesting, with Gosheron nearly breaking his neck trying to climb trees, we found an ill crow and tried to take it home, and we rode into what we thought was a park and discovered it was a private estate when we saw a naked woman drying herself. We visited a farm and watched the cows being milked, both by hand and mechanically, we went to half a dozen houses geng drinks, and we climbed about in a barn trying to get at some swallows' nests and got chased out by the farmer. We eventually arrived home, had tea at 6.30, lazed about, were read a story and went to sleep. So ended my VE Day celebraons."

Bristol Rotaract are here!!! An enthusiastic group who are raring to go..... 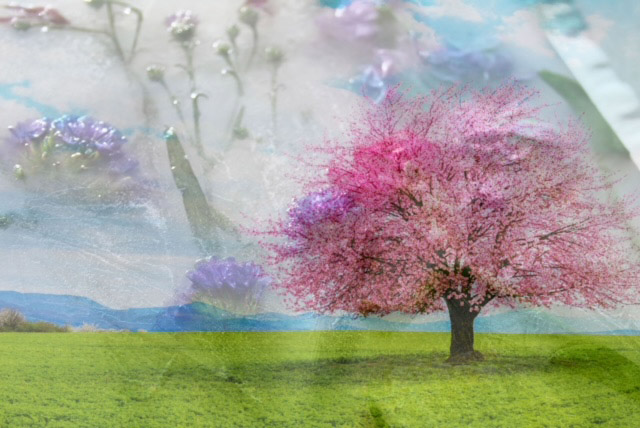 Young Photographer - Delighted to share some of the winning photographs 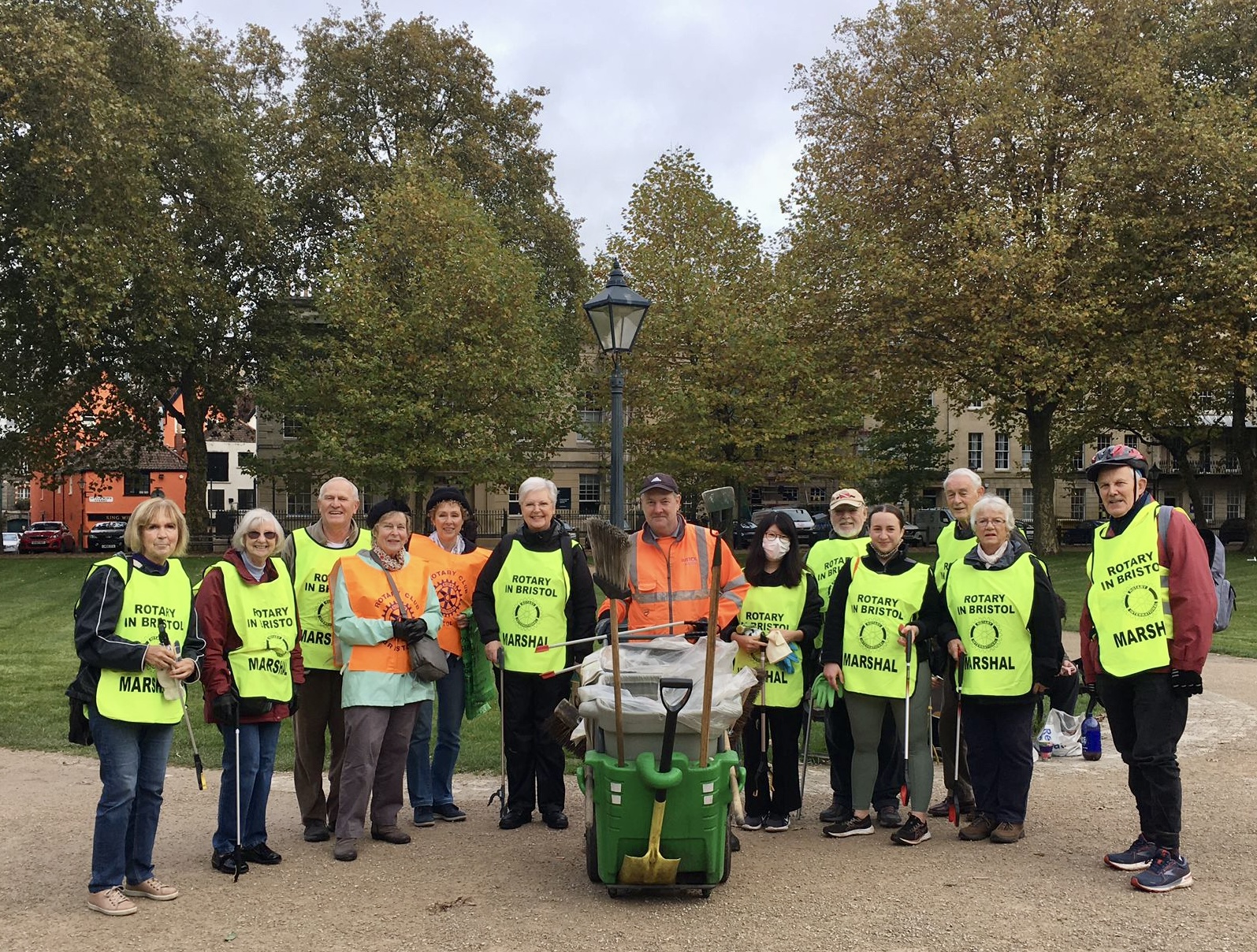 Clean Up in Queens Square

Bristol Rotary were out & about in Queens Square “Cleaning Up”